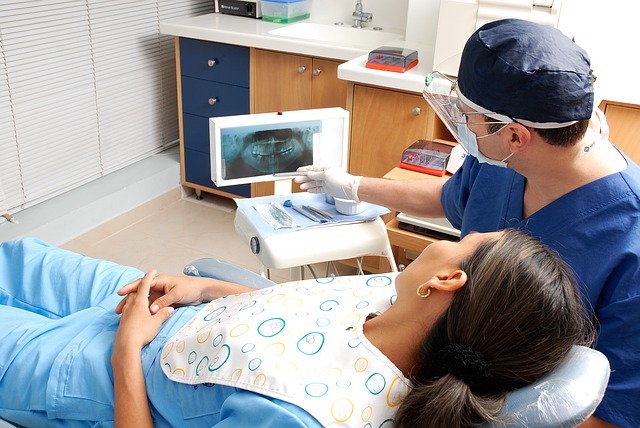 Sometimes, we usually think in general, placing a character like that capable of covering many specialties. It is not that it is a mistake, but a way of labeling the person according to the discipline that develops as a trade.

In the world of medicine, this is more than common because we see in the figure of one the work that many do, even if we know what he specializes in. With dentistry, it happens frequently since we assume that the dentist is in charge of everything related to the mouth.

But that's not entirely true. Today, a series of conditions and injuries are known in which the dentist must specialize. We insist this does not cause you to lose your label, but it does place you in positions that distance you from others that handle another set of knowledge and practices.

Do you know what an oral and maxillofacial surgeon is?

Not everyone in dentistry revolves around the most frequent conditions such as cavities or gingivitis that are usually treated by General Dentists. Some conditions and situations must be attended by Specialist Dentists, for example for orthodontic treatments, conditions of the dental nerves that are attended by Endodontists and a wide range of situations in which the Oral or Maxillofacial Surgeons intervene.

Competencies of these surgeons:

The oral and maxillofacial Oral surgeon has a huge range of medical development when he must do his job. If your work leads you to an intervention, it is worth remembering that these are not like those normally performed in other parts of the body, since some of them, especially the most common ones are outpatient. That is, they do not require hospitalization.

Who can use the name of the Oral and Maxillofacial surgeon?

Being an oral and maxillofacial surgeon means having the official title of specialist issued by the Ministry of Health and Consumer Affairs.

What does a maxillofacial surgeon do?

The maxillofacial surgeon performs from wisdom tooth extractions or placement of dental implants to cosmetic oncological and reconstructive surgery.

These are several of his specialties:

The majority of dental extractions are performed by a dental hospital near me or General Dentists, for example, temporary or “milk” teeth and when the affected teeth have the entire crown, which would make the extraction “easier”.

However, when this has been lost, either by caries, by a blow or for any other reason, or when the tooth is trapped, the most convenient thing is that the extraction is performed by a Specialist in Oral or Maxillofacial Surgery.

The articulation of our jaw with the skull is just in front of the ears and can present different problems, ranging from noise, clicking, pain and even dislocations that will affect the bite and general health of people.

An injury caused by a stroke, bruxism or bite problems not treated in time is also part of the diseases that the surgeon should review. If you have difficulty biting or your jaw is locked, you should look for an expert dental surgeon

Definitive solution after tooth extraction. For aesthetic reasons, this practice is responsible for finalizing the first developed point, in which a worn part is replaced by a new one.

This technique has a recovery time very similar to that of the first point above, which is calculated between seven and ten days.

This is a completely extreme situation, but not impossible. The surgeon will be in charge of attacking this evil if it occurs. His work area, for obvious reasons, limits him to working with those that manifest in the mouth or neck.

One of the greatest benefits of those who specialize in oral and maxillofacial surgery is that it covers a larger space than that of other colleagues, whose range of action is in other currents.

For example, it can treat known diseases that have no direct relationship with dentistry, such as cleft lip, for example. It can also intervene if there is a facial reconstruction operation and if someone skilled in salivary glands is needed.

Similarly, you can also treat the gums, although in situations of greater chaos. We have already indicated what is capable of caries and the consequences of periodontitis, but the accumulation of pus in the region can be resolved by draining the most affected place.