Central sleep apnea (CSA) is when patients repeatedly experience reductions or pauses in breathing during sleep. The main reason behind this disorder is

the lack of effort from the muscles and organs that regulate breathing. 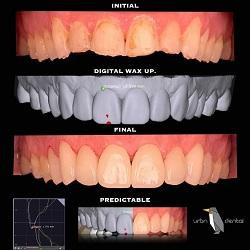 What are the major causes of central sleep apnea?

When you routinely stop breathing while you sleep because your brain doesn't signal your muscles to take in air, you have central sleep apnea (CSA). It's distinct from obstructive sleep apnea, in which your breathing is physically restricted. Mixed sleep apnea, however, is a combination of both types.

Usually, a major sickness that affects your lower brainstem, which regulates breathing, is the cause of central sleep apnea. Breathing pauses of up to 20 seconds are common in young babies with central sleep apnea. Your doctor may suggest the usage of sleep apnea mouthpieces to correct the disorder.

What are the common symptoms of Central Sleep Apnea?

Generally, most doctors use the most popular breathing apparatuses for treating obstructive sleep apnea, such as

Your dentist may use the machines mentioned above to treat central sleep apnea. You can also book dentist appointments online.

How to diagnose Central Sleep Apnea?

Doctors first evaluate the symptoms to determine whether you have sleep apnea or not. Also, they will discuss your medical history and conduct a physical exam, and give a referral to an overnight sleep study.

When a person has central sleep apnea, a doctor will likely ask about symptoms and medical history,

the assessment of sleep apnea depends on the visible signs of the patients, which may include:

In addition, the doctor may ask various questions related to your current condition associated with CSA. For example,

These are the alerts of conditions associated with CSA.

What are the specifics of central sleep apnea treatment?

As we discovered last week, underlying conditions like the following frequently cause central sleep apnea.

In such a case, your doctor will likely recommend a central sleep apnea therapy that prioritizes curing those issues first and foremost, which should theoretically also cure your sleep apnea.

Alcohol and opioid sedatives are examples of sedatives that should be used sparingly or not at all by people with CSA. People taking sedative drugs for other disorders should talk to a doctor or specialist about their care.

Patients with CSA must return for follow-up appointments with the local dentist's office frequently to ensure their treatment works and to check for any complications or side effects. During treatment, doctors can also assist patients in locating options for assistance and solutions to problems.